Below are testimonials from clients that have been submitted to us and various websites. We work hard to provide exceptional service!

Andy, his wife, Heather and the crew were EXCELLENT. Andy and Heather, the owners, were on vacation when I first called. The message said calls would be returned the following Saturday and I received a call from Heather on Saturday. Heather has such a bright spirit. Andy was on-time for his estimate, clearly explained everything, and gave a fair price. Andy gave me a date and I was not re-scheduled. Heather also called to confirm the date. The guys were on time for the trimming and a crew of 4 got the job done by late lunch. At least two of the crew members were certified arborists. The trees look manicured but not over-pruned. I went to rake and sweep after the crew left and there was NOTHING to clean up. I mean not even a piece of pea gravel on my flagstone walkway. I have these baby mesquites we never discussed and the crew even pruned them! Andy, Heather and the Tree Amigos crew were fabulous. I will definitely call them next year. My husband and I are so happy we chose The Tree Amigos. They did a great job. Woo Hoo!

I have no complaints. Andy is great to work with, he is patient and answered all my questions. He and his crew did fantastic job. And when the job was done, everything looked nice and clean. I did not have any remaining litter to pick up. I appreciated that greatly.

I was most satisfied with the owner’s passion for trees and for doing his job well. It appeared he was going to do this job well and it was a very large and intricate job.

he quality of work. I truly believe Andy saved my three 19 yr. old ficus trees with his diagnosis and treatment. I felt they were very reasonable in their rates.

The Tree Amigos’ work on our trees exceeded our expectations and resulted in attractive, healthier trees and a more aesthetically pleasing yard overall. The Tree Amigos provided knowledgeable and prompt estimates. They worked with us to accommodate our time schedule. Their clean-up was immaculate. Andy and his crew were courteous and well-informed; they worked well together. The pricing was fair for the work performed.

It was positive. I would recommend them. They gave their honest opinion and didn’t try to sell to me.

Prompt and efficient, both Andy and his staff were wonderful.

I was most satisfied that they do such a great job of keeping the trees healthy. They’re real arborists, they’re not landscape designers. They take care of the trees, they make them look great, stay healthy and live longer.

We’ve been using The Tree Amigos for 8+ years. We consider them our tree guardians. We have big mature trees on our property, they do a great job of making them strong, safe and extending their life.

Tree Amigos is always on time to do the work and very flexible with whatever we need done. They are always professional and they do a good cleanup after the work is done.

We have been using The Tree Amigos for years and have always found their service to be excellent. Andy is a certified arborist who really knows his stuff. He and his crew do an outstanding job keeping our many trees properly trimmed and healthy.

Professional and efficient. Definitely would hire again. They took the time to talk through what they
were going to do and answered all my questions. Cleaned up thoroughly when finished. 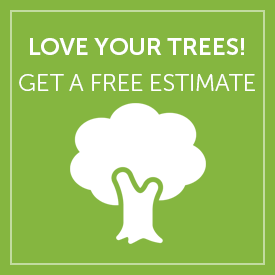 We are Certified Professionals!

All you work is completed by an ISA Certified Arborist - a professional in the art and science of tree care.